Start a Wiki
Part of the 'Isn't It Bromantic?' story arc 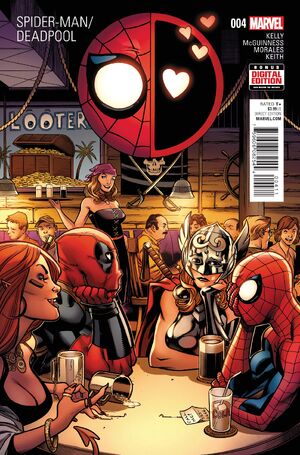 • Spider-Man finally agrees to hang out with Deadpool outside of adventures, but he might regret it when he discovers that his date is a friend of Deadpool's wife, Shiklah, demon queen of Monster Metropolis.

Retrieved from "https://heykidscomics.fandom.com/wiki/Spider-Man/Deadpool_Vol_1_4?oldid=1651844"
Community content is available under CC-BY-SA unless otherwise noted.