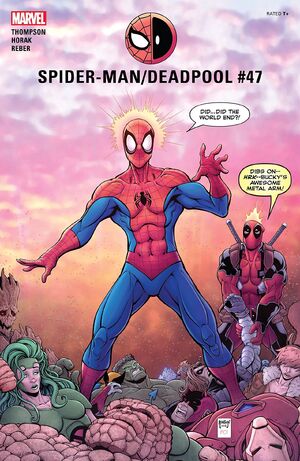 • The entire Marvel Universe is on the chopping block and it doesn’t look like Spider-Man and Deadpool can save the day.

Retrieved from "https://heykidscomics.fandom.com/wiki/Spider-Man/Deadpool_Vol_1_47?oldid=1679158"
Community content is available under CC-BY-SA unless otherwise noted.