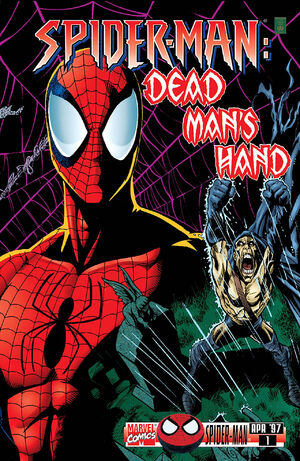 Carrion rises from the grave in this 48-page one-shot! Learn the secrets behind this long-time Spidey foe as he ascends up the super villain ladder to become a major player in the Marvel Universe.

Retrieved from "https://heykidscomics.fandom.com/wiki/Spider-Man:_Dead_Man%27s_Hand_Vol_1_1?oldid=1729383"
Community content is available under CC-BY-SA unless otherwise noted.