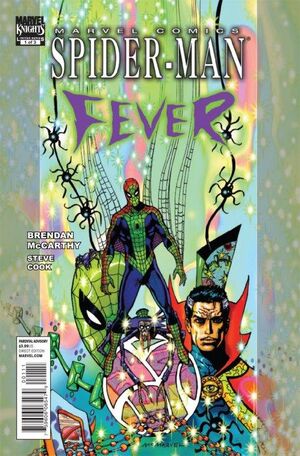 In FEVER, Spider-Man is abducted by a depraved tribe of spider-demons to a bizarre dimension, where he is to be eaten alive.

Dr. Strange goes on a perilous occult quest to rescue his friend -- and tangles with some very peculiar characters along the way...

Retrieved from "https://heykidscomics.fandom.com/wiki/Spider-Man:_Fever_Vol_1_1?oldid=1453948"
Community content is available under CC-BY-SA unless otherwise noted.