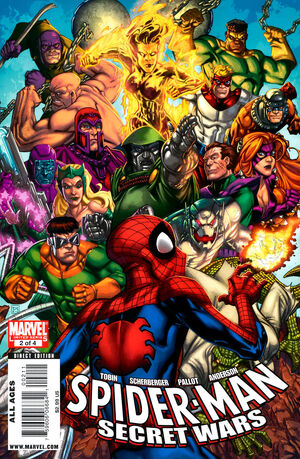 Because guys like you and me, we take our victories where we can get 'em. And I can see plenty of people who think, today was a complete success.

Retrieved from "https://heykidscomics.fandom.com/wiki/Spider-Man_%26_the_Secret_Wars_Vol_1_2?oldid=1481473"
Community content is available under CC-BY-SA unless otherwise noted.