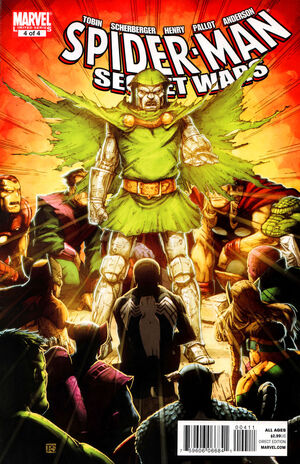 This is a power beyond anyone's control. A power that cannot remain mine. Just as they did for Wolverine and Spider-Man, my own self doubt and my fears will attain reality... given life by the chaos of my mind... fueled by the Beyonder's powers, and these doubts will defeat me.

Retrieved from "https://heykidscomics.fandom.com/wiki/Spider-Man_%26_the_Secret_Wars_Vol_1_4?oldid=1517376"
Community content is available under CC-BY-SA unless otherwise noted.