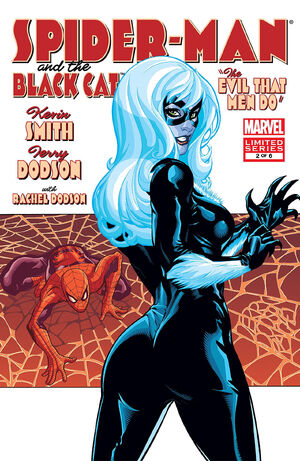 Appearing in "The evil that men do Part 2: A ruse by any other name..."Edit

Synopsis for "The evil that men do Part 2: A ruse by any other name..."Edit

Klum turns off a cell phone and enters a stage at Carnegie Hall. Spider-Man and Black Cat crash a party being held there as they confront and defeat the villain 'Scorpia'. While Klum mugs for the camera, Spider-Man begins to suspect he is Mr. Brownstone.

Retrieved from "https://heykidscomics.fandom.com/wiki/Spider-Man_Black_Cat_Vol_1_2?oldid=1724346"
Community content is available under CC-BY-SA unless otherwise noted.