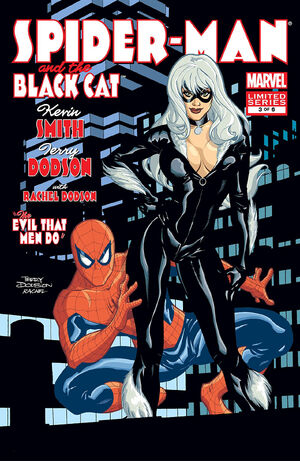 Appearing in "The evil that men do Part 3: Hate crimes"Edit

Synopsis for "The evil that men do Part 3: Hate crimes"Edit

Spider-Man and Black Cat learn that Scorpia was hired by Alberto Ortega, the head of a local drug syndicate, to assassinate Klum. Klum kills the Ortega gang via heroin overdoses. Black Cat leaves Spider-Man after a disagreement on how to handle the case. When she confronts Klum herself, it is revealed that he was a mutant as he uses his powers to teleport a small quantity of heroin directly into her heart. He then starts cutting open her costume with the intention of raping her.

Retrieved from "https://heykidscomics.fandom.com/wiki/Spider-Man_Black_Cat_Vol_1_3?oldid=1728989"
Community content is available under CC-BY-SA unless otherwise noted.