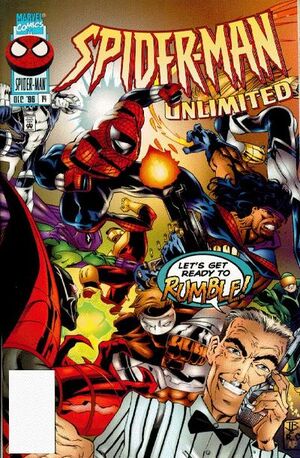 The Great Game reaches its final round— but it stops being a game when one of Spidey's allies dies! Nightwatch, Rocket Racer, Cardiac, Prowler— who has fought his last fight? It's a super-powered battle royal as heroes and villains clash for the elusive grand prize! Plus: the Web-Slinger comes face-to-face with the Game's real mastermind! Could it be someone we've seen before?