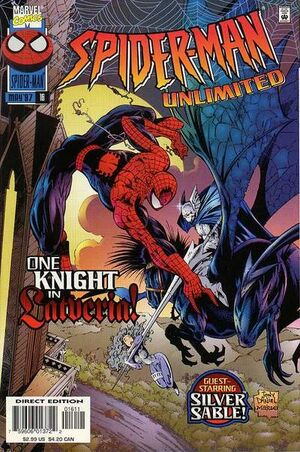 Appearing in "The Wages of Conquest"Edit

The quest for the crown of Latveria began in X-Force #64 and continues here. Reporter Betty Brant is a prisoner in the Doom-less kingdom of Latveria, now the only man who can save her from the clutches of Dreadknight is her first love, Peter Parker. Silver Sable and her Wildpack tag along just in case things go wrong, and if you know Spidey, they always do.