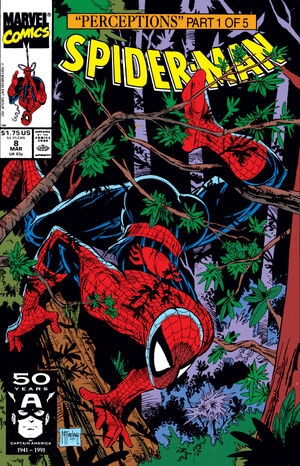 In Canada, reporter Anna Brooks is sent to Hope, British Columbia with the mission to cover a possible conflict between loggers and environmentalists over the fate of the thousand-year trees in the forests all across B.C. While driving to Hope late at night, Anna accidentally hits a creature – a Wendigo – with her car. Wendigo vanishes in the woods but leaves behind what it carried, namely the mutilated body of a young boy that was reported missing lately. Despite the initial shock, Anna instantly calls her editor, thus setting in motion the wheels of mass hysteria. Soon, things in Hope turn chaotic by the presence of loggers, environmentalists, activists, scientists, citizens that go hunting for the “Bigfoot” creature that allegedly slew the boy and, first and foremost, the presence of the media themselves. After another boy is found dead by Inspector Krahn and his men of the Royal Mounted Canadian Police, hysteria and paranoia become the norm and people hide in the houses or arm themselves for war. Peter Parker is sent over to Hope by his Daily Bugle employer, J. Jonah Jameson, partnered with a reporter, in order to take pictures for the paper. While Anna regularly sends articles to her editor, describing the heavy climate in Hope from her own perspective and Peter is about to wear his Spider-Man costume and have a look around, Wolverine also shows up and knocks a team of hunters out, infuriated by their slaying dozens of innocent animals in the forests on the search for Bigfoot. The newspapers consider Wolverine’s attack as yet another attack of the Bigfoot.

Retrieved from "https://heykidscomics.fandom.com/wiki/Spider-Man_Vol_1_8?oldid=1453780"
Community content is available under CC-BY-SA unless otherwise noted.