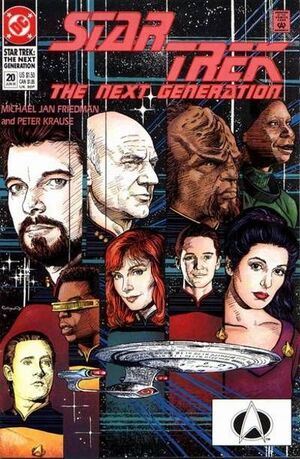 Appearing in "The Flight of the Albert Einstein"Edit

Synopsis for "The Flight of the Albert Einstein"Edit

While the Enterprise delivers a medical team to one colony, a shuttle piloted by Wesley, with Riker, Worf, Dr. Selar (The Schizoid Man) and others aboard, heads for a second colony with emergency medical supplies. The shuttle is swallowed by a subspace vortex and disappears.

Retrieved from "https://heykidscomics.fandom.com/wiki/Star_Trek:_The_Next_Generation_Vol_2_20?oldid=1458321"
Community content is available under CC-BY-SA unless otherwise noted.