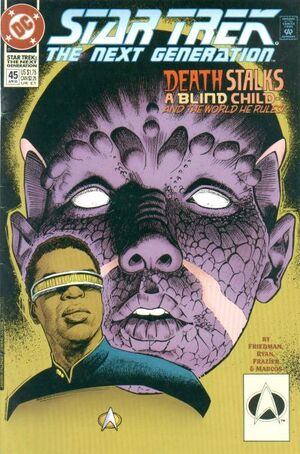 The medical team that developed Geordi's visor is aboard the Enterprise to perform the same operation on an alien price, in hopes of improving relations with his people. Unfortunately, someone wants him dead.

Retrieved from "https://heykidscomics.fandom.com/wiki/Star_Trek:_The_Next_Generation_Vol_2_45?oldid=1458346"
Community content is available under CC-BY-SA unless otherwise noted.