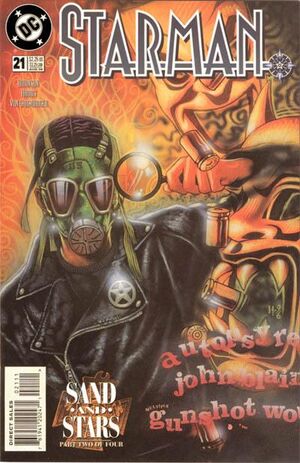 Wesley Dodds and Starman go to an airfield compound outside New York City. Jack breaks in and is captured by a guard.

Retrieved from "https://heykidscomics.fandom.com/wiki/Starman_Vol_2_21?oldid=1509088"
Community content is available under CC-BY-SA unless otherwise noted.