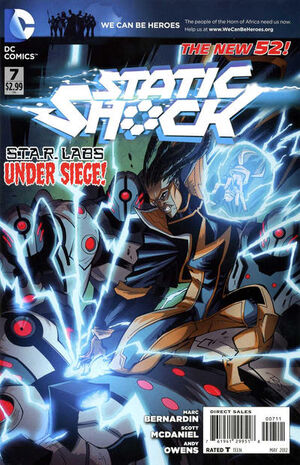 So if you'd asked me this morning what I thought most notable part of my day would've been I'm pretty sure it would not have said "getting my ass kicked by a pair of angry war-droids." You never know where the day's gonna take you.

Appearing in "Out of Phayze"Edit

Synopsis for "Out of Phayze"Edit

Retrieved from "https://heykidscomics.fandom.com/wiki/Static_Shock_Vol_1_7?oldid=1458854"
Community content is available under CC-BY-SA unless otherwise noted.