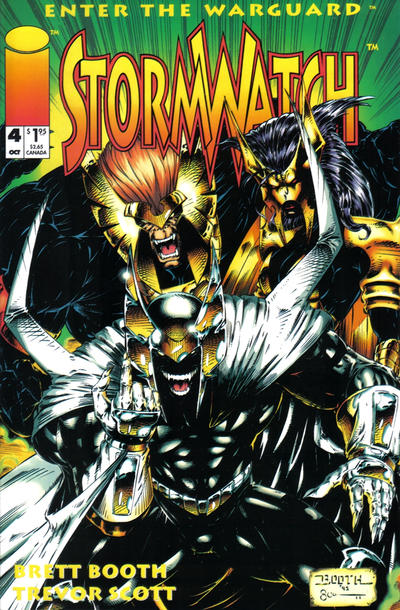 This issue opens with a training session between Backlash, Cannon, and Battalion’s younger brother codenamed, Strafe. Meanwhile, a routine scouting mission turns up a damaged space vessel of unknown origin. The crew of the scouting mission returns, not quite the same as when they left. Stormwatch is assembled to prevent the awakening of the Warguard, those survivors of the original event that first granted superpowers to humans.

Retrieved from "https://heykidscomics.fandom.com/wiki/StormWatch_Vol_1_4?oldid=1472277"
Community content is available under CC-BY-SA unless otherwise noted.