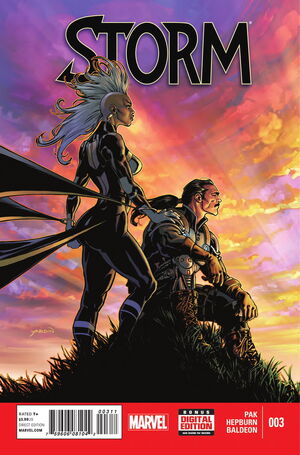 Appearing in "Return of the Goddess"Edit

• Long ago, after she was worshipped as a goddess on the plains of Africa, Storm was stripped of her mutant powers and fell into deep depression. A brilliant inventor named Forge came to her rescue and nursed her back to health, showing her that she is so much more than her superhuman abilities. And a romance blossomed between them. But it was a love made to be broken…

• Now, years later, Storm has the powers and stature of a goddess once more, and she is reunited with Forge. But what does fate have in store for the pair this time?