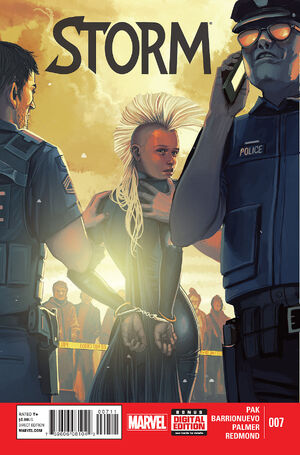 • Over the course of her recent adventures, Storm has made some powerful enemies.

• And now they’ve pulled some strings and had her branded Public Enemy Number One!

• Can Storm evade the authorities long enough find out who’s gunning for her and clear her name?

Retrieved from "https://heykidscomics.fandom.com/wiki/Storm_Vol_3_7?oldid=1641968"
Community content is available under CC-BY-SA unless otherwise noted.