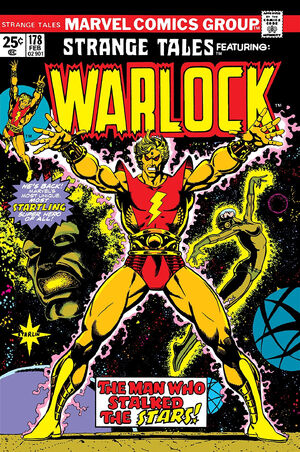 Appearing in "Who Is Adam Warlock?"Edit

Synopsis for "Who Is Adam Warlock?"Edit

Sphinxor retells the Origin of Warlock, his encounters with Thor and the High Evolutionary, the Creation of Counter-Earth and Warlock's Battle against the Man-Beast

Retrieved from "https://heykidscomics.fandom.com/wiki/Strange_Tales_Vol_1_178?oldid=1752879"
Community content is available under CC-BY-SA unless otherwise noted.