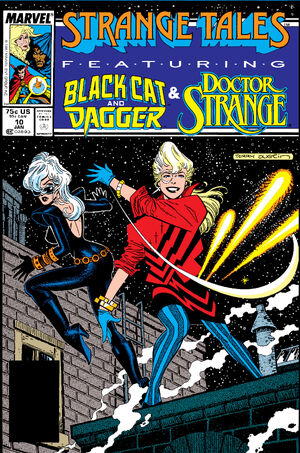 Appearing in "The Felonious Feline"Edit

When the Black Cat takes Dagger on a wild shopping spree, there's no telling what will happen! And wait till you see Dagger's new look!

It's a no-win situation for Doctor Strange! If he follows Kaluu's orders, he'll betray everything he believes in. But if he doesn't, he'll doom Earth!