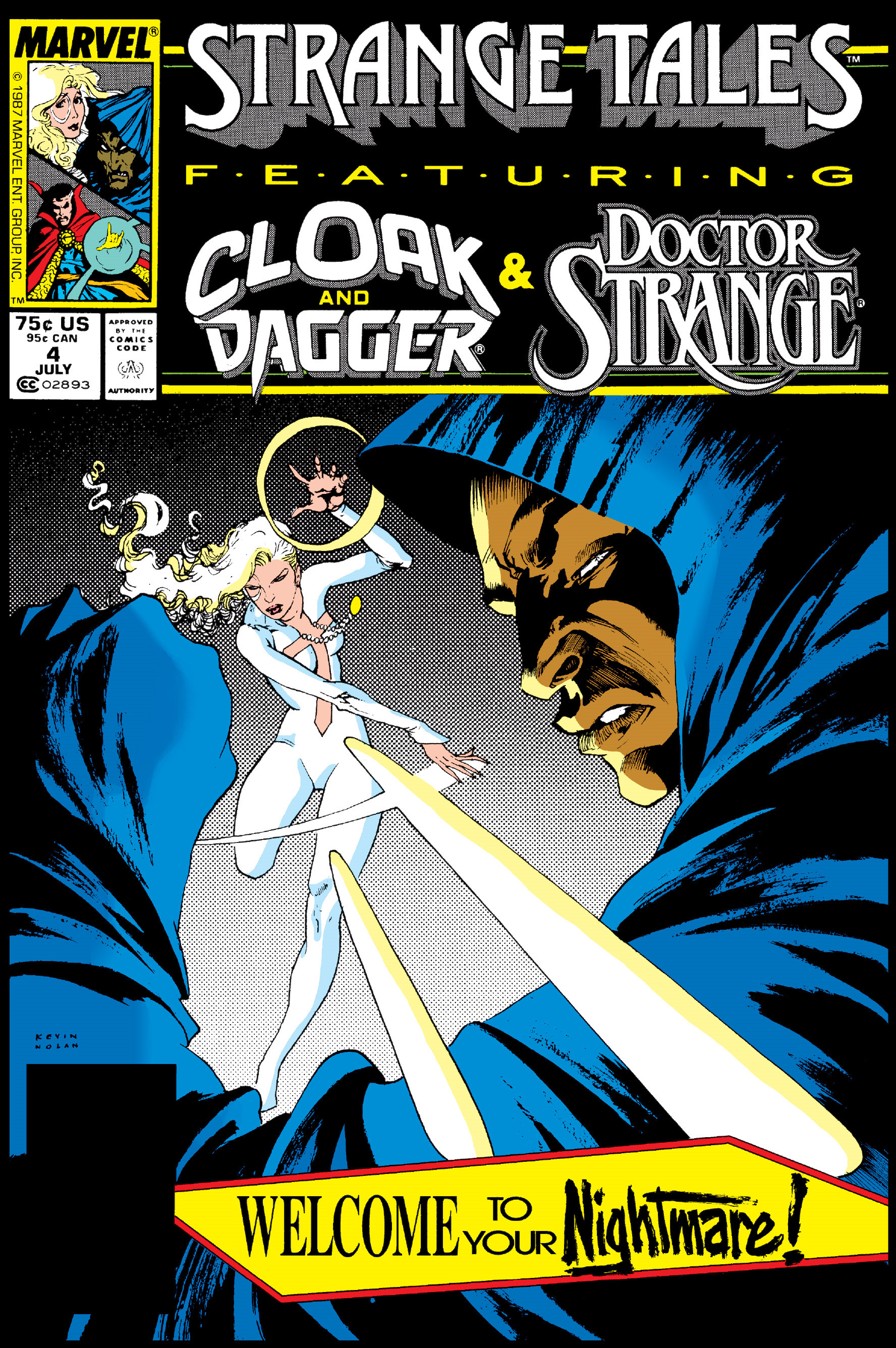 Appearing in "Perchance to Dream!"Edit

Tyrone Johnson tries to free himself from the curse of being Cloak. But will his attempt only drive him further into the dream world demon Nightmare's clutches?

Appearing in "Walk on the Wild Side!"Edit

Synopsis for "Walk on the Wild Side!"Edit

Doctor Strange reaches a crossroads in his war against the mystic forces he unleashed while retrieving his Sanctum Sanctorum. If he is to take the offensive against them, he must sacrifice his friends— including his servant, Wong!

Retrieved from "https://heykidscomics.fandom.com/wiki/Strange_Tales_Vol_2_4?oldid=1454750"
Community content is available under CC-BY-SA unless otherwise noted.