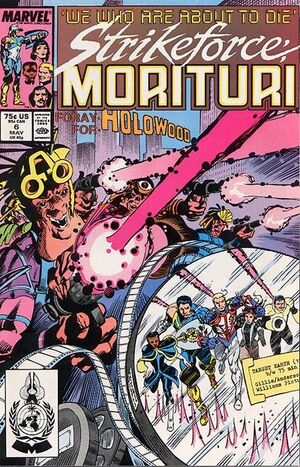 Appearing in "Foray for Holowood"Edit

What will become of the first generation of Morituri champions of Mankind now that the even more amazing second generation of super-powered human warriors is ready to battle the alien Horde? For Strikeforce: Morituri, whose members are fated to die within a year, retirement is impossible! But acclaim is not— or is it?

Retrieved from "https://heykidscomics.fandom.com/wiki/Strikeforce_Morituri_Vol_1_6?oldid=1454795"
Community content is available under CC-BY-SA unless otherwise noted.