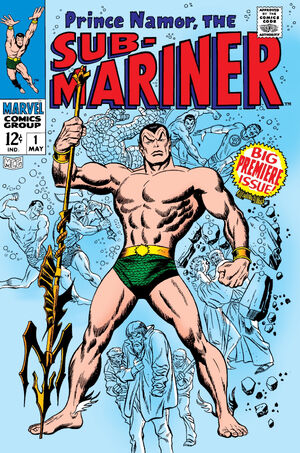 Appearing in "Years of Glory -- Day of Doom!"Edit

Synopsis for "Years of Glory -- Day of Doom!"Edit

Neptune's Trident appears on the cover of this issue. This is the first time we see it, after the artists redesigned it. It now looks more like a weapon, and less ornamental.

Retrieved from "https://heykidscomics.fandom.com/wiki/Sub-Mariner_Vol_1_1?oldid=1720184"
Community content is available under CC-BY-SA unless otherwise noted.