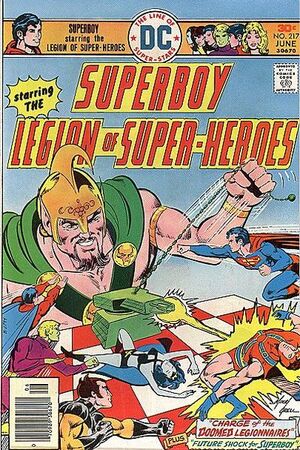 Well... I look very, very much like the girl you're destined to marry!

Appearing in "The Charge of the Doomed Legionaires"Edit

Synopsis for "The Charge of the Doomed Legionaires"Edit

Brainiac 5 plays a "chess game" for keeps against Marshal Lorca of the Khunds, with the Legion members as his game pieces.

Appearing in "Future Shock for Superboy"Edit

Synopsis for "Future Shock for Superboy"Edit

Superboy meets a beautiful stranger during his latest trip to the Legion's time, and learns she is more than a casual acquaintance.