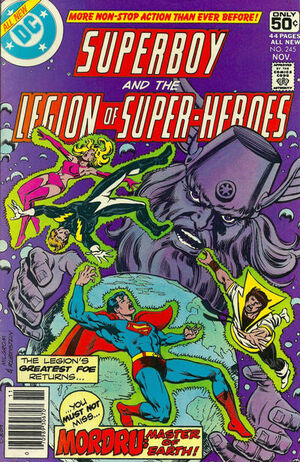 So nobody caught on to you. Big Deal.

Only four Legionnaires remain to fight the last stand against Mordru, who has made himself master of Earth.

Retrieved from "https://heykidscomics.fandom.com/wiki/Superboy_and_the_Legion_of_Super-Heroes_Vol_1_245?oldid=1459448"
Community content is available under CC-BY-SA unless otherwise noted.