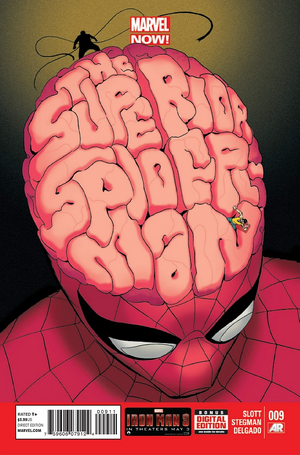 IT ENDS HERE! “SUPERIOR NO MORE!”

• The hottest comic in comics comes to a turning point that will get you angrier than you were after Spidey #700!

• The time has come to see who will live, who will die, and who will emerge as the one, true Superior Spider-Man!

Retrieved from "https://heykidscomics.fandom.com/wiki/Superior_Spider-Man_Vol_1_9?oldid=1645062"
Community content is available under CC-BY-SA unless otherwise noted.