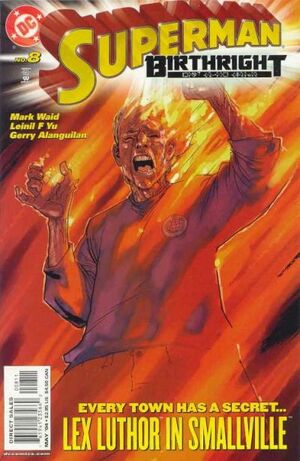 All of Smallville does not exist as far as I'm concerned! You hear me? Nothing good will ever come out of this hick town but Lex Luthor! Nothing!

Appearing in "Every Town Has a Secret... Lex Luthor in Smallville"Edit

Synopsis for "Every Town Has a Secret... Lex Luthor in Smallville"Edit

Retrieved from "https://heykidscomics.fandom.com/wiki/Superman:_Birthright_Vol_1_8?oldid=1460684"
Community content is available under CC-BY-SA unless otherwise noted.