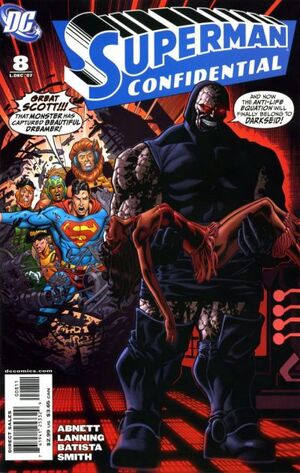 I contend that Superman is the real menace. An alien being of immense power, whose agenda remains unclear. His very presence among us poses a danger to everyone and everything. We live in fear because of Superman, the greatest threat of all.

Appearing in "The Edge of Forever"Edit

Synopsis for "The Edge of Forever"Edit

Retrieved from "https://heykidscomics.fandom.com/wiki/Superman_Confidential_Vol_1_8?oldid=1460860"
Community content is available under CC-BY-SA unless otherwise noted.