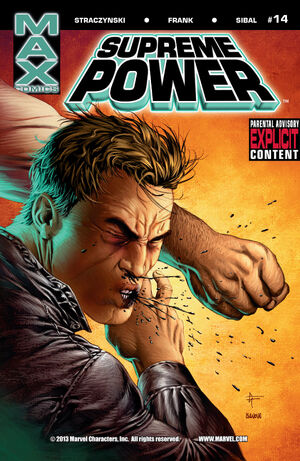 You had access to an artifact from a non-human civilization! Do you realize what you had, and what you let get away from you? Do You? Then let me explain it to you! Imagine handing an F-16 to the Aztecs in 1521, when Cortez was at war with them, and instead of learning to fly so they could slice Cortez and his army to shreds, they cut off the wings to use as shields, the guns as clubs, and they take off the wheels because they figured they would look really cool hanging from the temple ceiling! This is exactly what you people and your agencies have been doing since day one, and worse still, you've been doing it in secret, not just from the public, which we expect, but from each other! As a result, the right hand doesn't know what the left hand is doing! And what has the left hand been doing all this time? Jerking off, that's what! And what've you got to show for it? One guy! And a bunch of melted metal where the ship used to be!

Appearing in "Objects in Motion"Edit

Synopsis for "Objects in Motion"Edit

Retrieved from "https://heykidscomics.fandom.com/wiki/Supreme_Power_Vol_1_14?oldid=1455092"
Community content is available under CC-BY-SA unless otherwise noted.