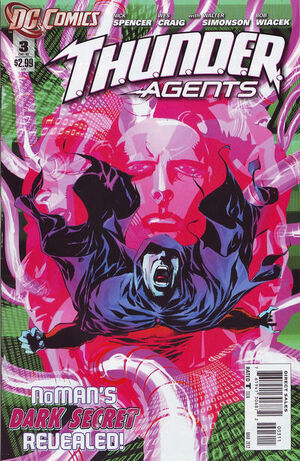 Appearing in "A Godawful Small Affair"Edit

Synopsis for "A Godawful Small Affair"Edit

Solicitation from DCComics.com: The team is rocked by the death of one of their own. They won't have much time to mourn, though, as a face from the past thought long gone returns! Plus, NoMan is forced to answer for the sins of his past…

Retrieved from "https://heykidscomics.fandom.com/wiki/T.H.U.N.D.E.R._Agents_Vol_4_3?oldid=1474836"
Community content is available under CC-BY-SA unless otherwise noted.