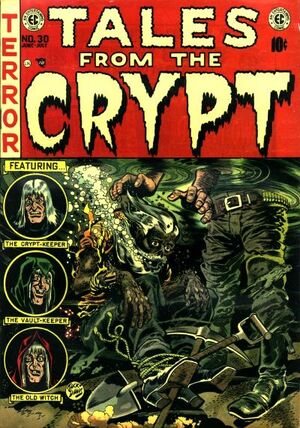 1 of 3
Add photo
This story is narrated by a California gold miner who is shot by a claim jumper. He passes out from the pain and when he 'wakes up', he sees the jumper looming over him with a bloody knife and he realizes that he is dead. The jumper buries him, but a mountain lion digs him up. Then the jumper dumps him in the river, but the current works the shovel blade against the ropes and sometime later, the bloated corpse surfaces near the jumper, startling him. He throws the corpse on the fire, but the shotgun shells stuffed in his pockets explode, setting the surroundings ablaze which burn the jumper to death.

Appearing in "A Hollywood Ending!"Edit

Synopsis for "A Hollywood Ending!"Edit

1 of 7
Add photo
A movie producer who flies out to an Eskimo settlement is surprised to find a beautiful American girl living among them and quickly falls for her. He offers to take her back to Hollywood with him, but she knows her adopted father would never allow her to leave the settlement, so she sneaks out and they fly back to Hollywood together. The father realizes she's missing and sets off by sled dog to the nearest airport as fast as he can. When he finally does arrive, he reveals to the producer that she had actually died in an accident six years ago and was subjected to an experiment to revive her, but was only successful in cold climate. In the warm southern California temperatures, she rots.

Appearing in "Auntie, It's Coal Inside!"Edit

Synopsis for "Auntie, It's Coal Inside!"Edit

Young Toby hears a voice inside his head, telling him to do things that his aunt punishes him for. One day he hears a voice from the coal chute in the cellar claiming to be his aunt who has found herself locked in, but Toby doesn't believe it because yesterday the voice sounded like his mother. He ignores the voice, which actually is the aunt, and she is buried by the delivery of four tons of coal.

A man goes to visit his uncle who turns out to be a ghoul.

Retrieved from "https://heykidscomics.fandom.com/wiki/Tales_from_the_Crypt_Vol_1_30?oldid=109575"
Community content is available under CC-BY-SA unless otherwise noted.