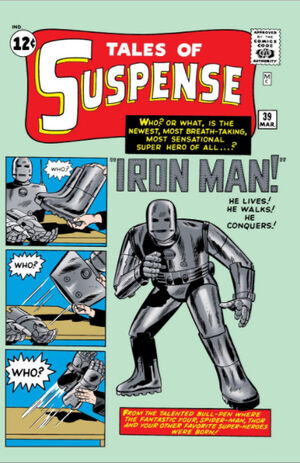 Appearing in "Iron Man Is Born!"Edit

Synopsis for "Iron Man Is Born!"Edit

Synopsis for "The Last Rocket!"Edit

A married couple refuses to leave the planet with everyone else when their sun starts to burn out. After the last rocketship leaves orbit, there is a giant flash of light and a new sun forms behind the old one. They pledge to start the human race anew as a breed that will love the the planet as they love it. It is then we find that they are Adam and Eve.

A man is lost at sea in a small boat when he sees an island in the distance. He lands to find the island inhabited by Vikings awaiting the coming of Gundar, "the cruelest, most hated captain of all!"

Centuries ago, Gundar was ambushed by his men, thrown into a boat, and left out to sea. As he stood there, he cursed them with immortality to Odin, never to leave the cursed island they were to find themselves stranded on until is return.

After the Vikings tell the man their story, they begin to vanish one by one believing Odin had forgiven them. The man is then found to be a descendant of Gundar and is soon rescued by ship.

Retrieved from "https://heykidscomics.fandom.com/wiki/Tales_of_Suspense_Vol_1_39?oldid=1629825"
Community content is available under CC-BY-SA unless otherwise noted.