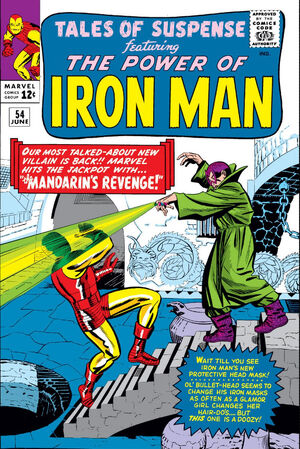 Skrang of the Planet Taker Corps lands on Earth, intending to conquer it with his matchless weaoponry, but is frightened off when he sees old Miss Hotchkiss's fox fur wrap; the Fox People being his people's ancient enemies and regarded as unbeatable any race that can wear a fox head as a trophy must be too tough to mess with!

Starting where the previous issue ended, Uatu is still angry and confused by the vow that he was forced to take, never to interfere, only to observe. On another planet, alien beings have run out of room to store all their radioactive waste, and have decided to shoot it into outer space, even though this action may harm another world, because it will at least save their own. Uatu sees the radioactive waste hurtling through space, and he also sees a runaway planet heading towards another world. He briefly considers stopping both of these potentially calamitous events, but remembers his vow. The radioactive waste hits the runaway planet, stopping both in their tracks, and disaster is averted without the Watcher having done anything but observe. He now sees the wisdom of the vow of his people.

Retrieved from "https://heykidscomics.fandom.com/wiki/Tales_of_Suspense_Vol_1_54?oldid=1630652"
Community content is available under CC-BY-SA unless otherwise noted.