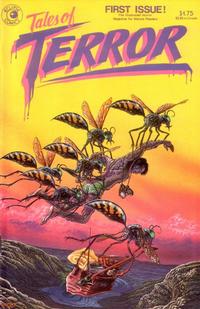 Appearing in "Queen for a Day"Edit

Synopsis for "Queen for a Day"Edit

A woman's husband Charles is carried off by insects during a vacation at the beach. Charles comes back but his manner is strange disturbing the wife although the daughter is just happy he's returned. The little girl is enclosed within a cocoon which transforms her into the hive's new queen. After she emerges Charles fertilizes her eggs and she lays them within her mother's body to hatch.

Appearing in "The Vampire Sting"Edit

Synopsis for "The Vampire Sting"Edit

A lawyer thinks he's been retained by a Transylvanian Count to write a will but ends up falling prey to the village vampires who run the inn beneath the castle who sent the invitation.

A woman married to an abusive husband fantasizes about a man named Edmond who is good to her. She ultimately dies from injuries sustained in the arms of a police officer named Edmond who shoots the husband.

Appearing in "Sticks and Stones May Break My Bones"Edit

Synopsis for "Sticks and Stones May Break My Bones"Edit

This story parodies Lovecraftian character names by claiming the process whereby they are made up involves torturing a victim. The story ends when the victim turns the tables on the torturer by informing him that his utterances were calls for help.

Retrieved from "https://heykidscomics.fandom.com/wiki/Tales_of_Terror_Vol_1_1?oldid=1673479"
Community content is available under CC-BY-SA unless otherwise noted.