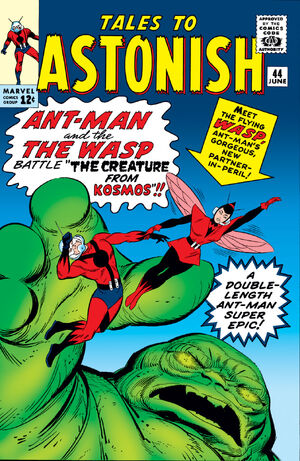 Appearing in "The Creature from Kosmos!"Edit

Synopsis for "The Creature from Kosmos!"Edit

Synopsis for "Blueprint for Victory"Edit

In the year 2000, all of New York City is searching for a 'plague carrier' who is attempting to escape notice and flee the city. He is apprehended at a transportation center and the police remove the 'plague' from him which turns out to be a handgun he had stolen from a museum which officials had worried could back bring the plague of war.