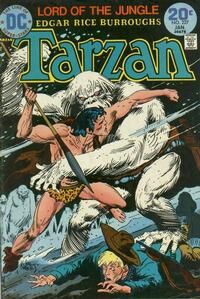 The rite of manhood begins in the village of M'Butos!

Two young men are sent on a safari to find their manhood. One is a chief's son from a local African village and the another is a son of a rich father from overseas. Unbeknown to both, they seek the same thing in the great mountains. They each must capture a snow ape from the ice jungles. But, only one will become worthy of being a leader, the other will perish.