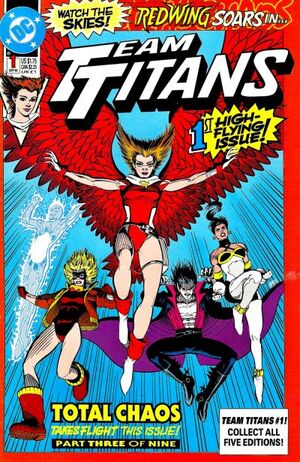 They want to know what happens to anyone who dares to threaten me. I intend to show them.

1985 (Alternate Timeline)
Paul Levine and his fiancée Karen work at S.T.A.R. Labs where they are developing a satellite relay station that can track those that carry the Metagene. There is an accident in the lab and a nuclear breach nearly kills Paul Levine. Fortunately, his radiation suit protects him from severe harm. Feeling as if life is to short to wait any longer, Paul asks Karen to marry him.

1986
Paul and Karen are now married and expecting their first child. They continue working for S.T.A.R. Labs and have nearly completed their metagene tracking technology. Karen suddenly goes into labor and gives birth to twins, Jonathan and Carrie.

1994
Paul and Karen watch a news broadcast which confirms that the Senate has approved legislation enabling the government to be able to track Metahumans at will. Carrie and Jonathan are now adolescents, both of whom have developed metahuman abilities. Jonathan can interface with any computer system, and Carrie has a pair of bright, red wings on her back.

1997
The dictator Lord Chaos has taken over the country and initiated a massive metahuman hunt. He takes a personal interest in Paul Levine's work at S.T.A.R. Labs and has a chance encounter with young Carrie. Paul knows that Lord Chaos might attempt to take his children away from him. The Levines decide to go into hiding.

1999
Lord Chaos has consolidated his rule over the country. Under his leadership, those beneath him have perfected Paul Levine's work and launch a rocket into space to deploy the Metagene tracking satellite. Chaos, already suspicious of Paul's family, orders his men to use the satellite to confirm whether the Levine children are metahumans or not. Upon confirmation, he sends his Force Elite squadron to their safe house in Tennessee to sanction them.

The Force Elite raid the Levines' cabin and kill Paul and Karen. Jonathan Levine is taken into custody. Carrie fortunately, was out flying at the time, and was able to evade capture. Upon finding her home in ruins and her parents dead, she takes it upon herself to find her brother.

Carrie flies to New York City where she finds a group of refugees hiding in the subway tunnels. A Force Elite squadron raids the tunnels, but one of their agents, a spy known as Mirage, betrays the Force Elite and helps Carrie to escape.

Retrieved from "https://heykidscomics.fandom.com/wiki/Team_Titans_Vol_1_1:_Redwing?oldid=1462925"
Community content is available under CC-BY-SA unless otherwise noted.