Start a Wiki
Part of the 'Teen Titans: The New Deal' event 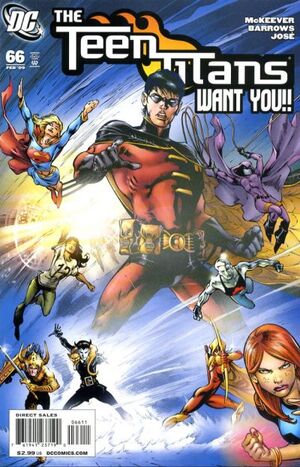 Appearing in "The New Deal, Part I: Choices"Edit

Synopsis for "The New Deal, Part I: Choices"Edit

Having lost several members in recent months, the Titans organize another recruitment drive. However, instead of gaining new members, the team loses one of its longest-running members.

Retrieved from "https://heykidscomics.fandom.com/wiki/Teen_Titans_Vol_3_66?oldid=1463303"
Community content is available under CC-BY-SA unless otherwise noted.