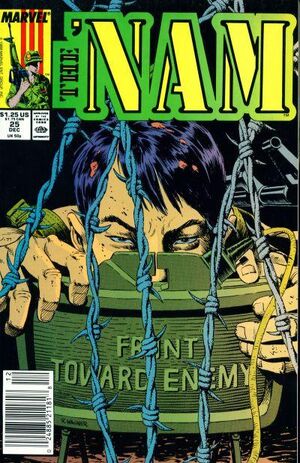 Appearing in "Hue: City of Death"Edit

Synopsis for "Hue: City of Death"Edit

Andy Clark and Jim Rubino are in the Khe Sanh to get help for Rubino's wounded leg. But Khe Sanh is the target for one of the first strikes in the Tet Offensive! Can they rescue an ancient city from the North Vietnamese onslaught?

Retrieved from "https://heykidscomics.fandom.com/wiki/The_%27Nam_Vol_1_25?oldid=658308"
Community content is available under CC-BY-SA unless otherwise noted.