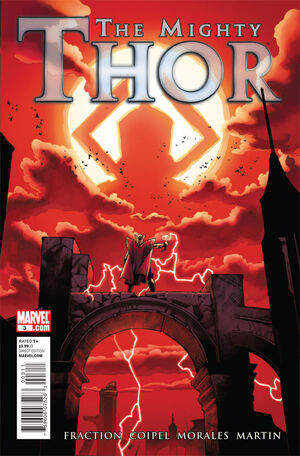 The fate of the world lies in the hands of the Asgardians, for Galactus is coming...and he hungers! Thor and the Silver Surfer must determine what to do with the Galactus Seed, the artifact with the potential to end the entire universe. And what deal is being struck between Odin and Galactus himself, behind closed doors?