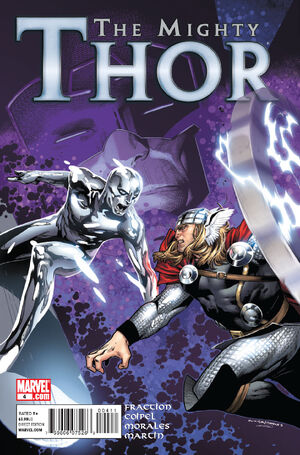 Appearing in "The Galactus Seed, Part 4: To Duel Against Galactus"Edit

ASGARD RISES AGAINST GALACTUS! The World Eater has come for something buried deep within the heart of Fallen Asgard. As Odin leads an assault wave of gods against Galactus, a wounded Thor must contend with the Silver Surfer once more! All of which leaves Volstagg and Kid Loki in charge of the Shining City for an afternoon. What could possibly go wrong?