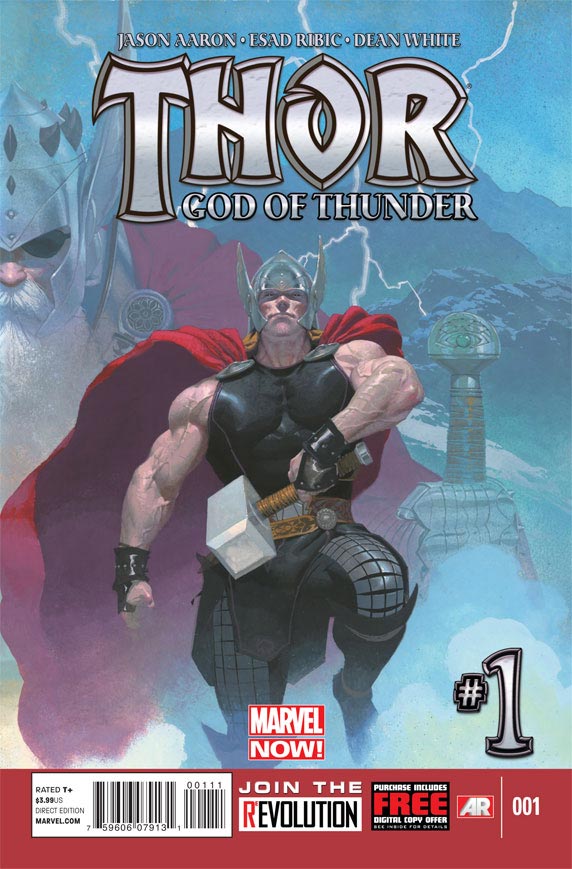 Appearing in "The God Butcher, Part 1 of 5: A World Without Gods"Edit

Throughout the ages, the gods of the Marvel Universe have been vanishing, their mortal worshippers left in chaos. NOW! the Mighty Thor follows a trail of blood that threatens to consume his past, present and future selves. The only hope for these ravaged worlds lies with the God of Thunder unraveling the gruesome mystery of the God Butcher!

Retrieved from "https://heykidscomics.fandom.com/wiki/Thor:_God_of_Thunder_Vol_1_1?oldid=1722165"
Community content is available under CC-BY-SA unless otherwise noted.