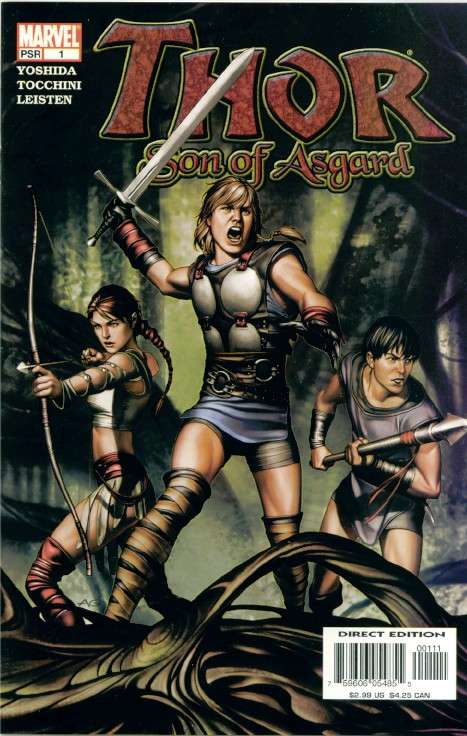 Young Thor is attempting to lift Mjolnir, but he is not yet worthy. His friends Balder and Sif and laughing at the silly looks on his face as he strains himself, but Loki watches from the rafters. He causes three spiders to grow gigantic through magic, but by working together, the three young heroes destroy the monsters. Odin then decides to send the three young warriors on a quest to gather four elements that he will use to forge a new sword.

Retrieved from "https://heykidscomics.fandom.com/wiki/Thor_Son_of_Asgard_Vol_1_1?oldid=1464053"
Community content is available under CC-BY-SA unless otherwise noted.