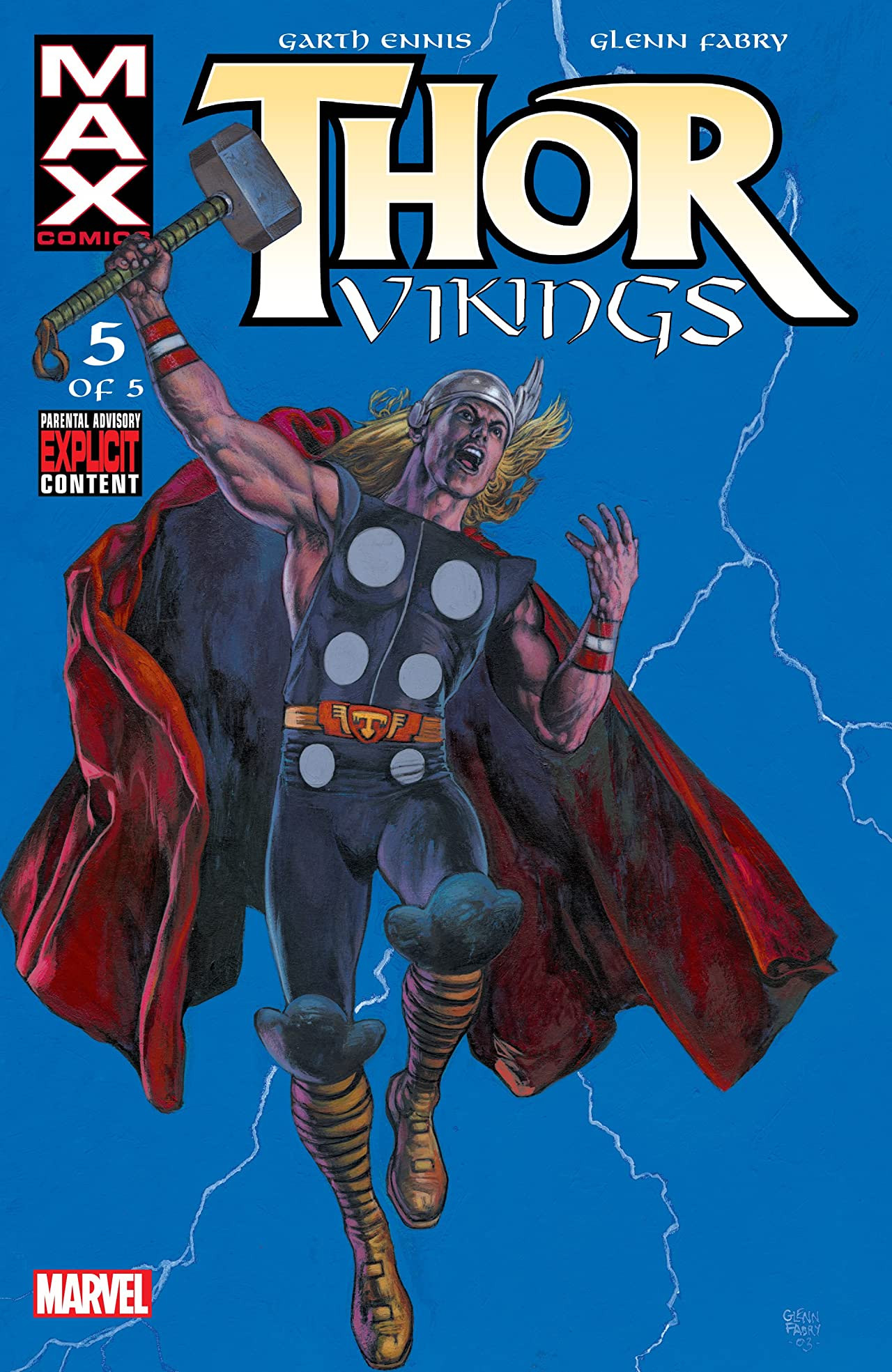 What's this? A whore-at-arms? An oaf encased in tin? Quite some army, Thunder God. You must be very proud.

Appearing in "5: See You in Valhalla"Edit

Synopsis for "5: See You in Valhalla"Edit

As Thor, Sigrid and Sir Magnus continue to cut down vikings on the streets, Erik continues his aerial attacks on Harald Jaekelsson's flying longship. As they watch Erik and the longship battle in the air, Thor laments on the whereabouts of Jaekelsson.

Before the can react, Jaekelsson appears behind the group and rams his sword through Thor's abdomen. Quickly dispatching Sigrid and Magnus, Jaekelsson centers on Thor, taunting him for his earlier defeat. Jaekelsson moves in for a final blow, but Thor counters, and uses Mjolnir to remove Jaekelsson's left arm.

As Thor and Jaekelsson and Thor trade words and blows, Erik is horrified to see Vikings leaping from the longship onto his arrow-riddled plane. When his maneuvers and his side-arm are ineffective in removing the Vikings from his plane, Erik parachutes to safety, moments before the unmanned plane crashes into the longship in a fiery explosion.

As the ships above explode, Thor and Jaekelsson continue their fight. As Thor taunts the viking, Jaekelsson bites down on Thor's hand, and rips skin from bone with his teeth. Jaekelsson soon overpowers Thor, and begins choking him, bringing the God of Thunder to his knees. As Jaekelsson questions the three warriors from the past as to why they aren't helping Thor in his fight, the warriors tell Jaekelsson that Thor does not need their help in the fight, for he is a God, and Jaekelsson is nothing more than an enchanted corpse. As Jaekelsson is distracted by the warrior's insults, Thor stands up and, using all his strength, uppercuts Jaekelsson with such force the Viking's body is launched into space.

After bandaging their wounds back at Dr. Strange's mansion, the warriors prepare to depart back to their own times. Thor thanks each of the warriors, wishing them all luck in their endeavors. As the warriors vanish into Strange's mystical portal, Erik thanks Thor for the experience, and laments that they will never see each other again. Thor confidently responds to himself that he will eventually see them all again, as they are all true warriors.

As the Rivers of Time reveal that all three warriors eventually die in battle, and are greeted with great celebration in Valhalla, Jaekelsson's body is seen orbiting around the Earth.

Retrieved from "https://heykidscomics.fandom.com/wiki/Thor_Vikings_Vol_1_5?oldid=1475741"
Community content is available under CC-BY-SA unless otherwise noted.