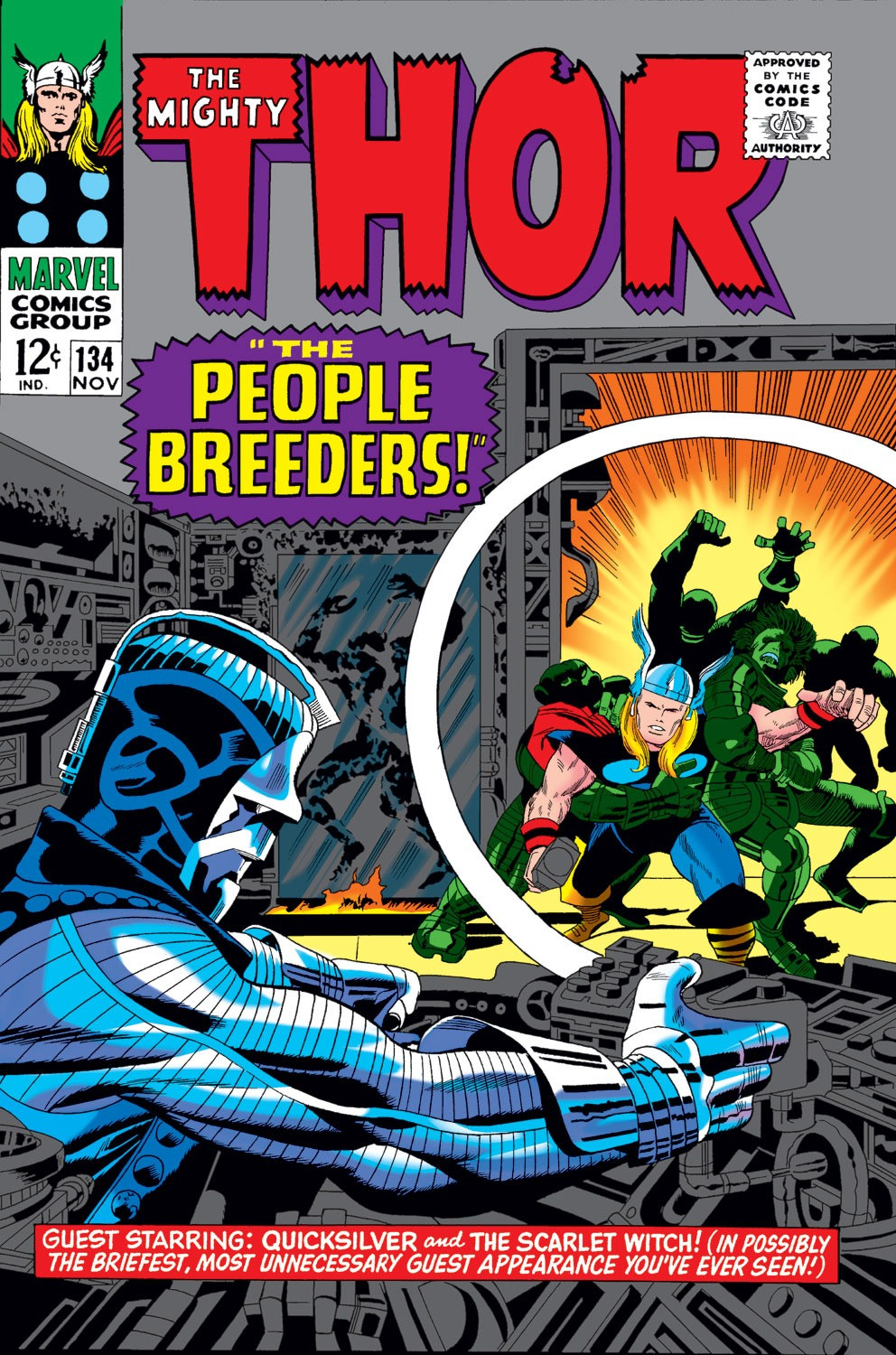 Appearing in "The People Breeders!"Edit

Synopsis for "The People Breeders!"Edit

Synopsis for "Tales of Asgard: When Speaks the Dragon!"Edit

Thor and the Warriors Three have been dispatched to the realm of Nastrond, home of an evil race that once incurred the wrath of Odin himself long ago, to inspect the creatures effect on the land that they have been banished to.

The four warriors find a desolate and wasted world that is both harsh and cruel. That night as they camp out, Volstagg is awoken by a wise old man who convinces the rotund warrior into following him into a dark cavern. There Volstagg is led to a radiant pool of energy. When Volstagg cowers in fear of it's power, he leaves himself open for the old man, who transforms into his true form, that of the dragon lord Fafnir.

Fafnir takes Volstagg his hostage, and vows to finally get revenge against Odin and all of Asgard.

Retrieved from "https://heykidscomics.fandom.com/wiki/Thor_Vol_1_134?oldid=1718911"
Community content is available under CC-BY-SA unless otherwise noted.