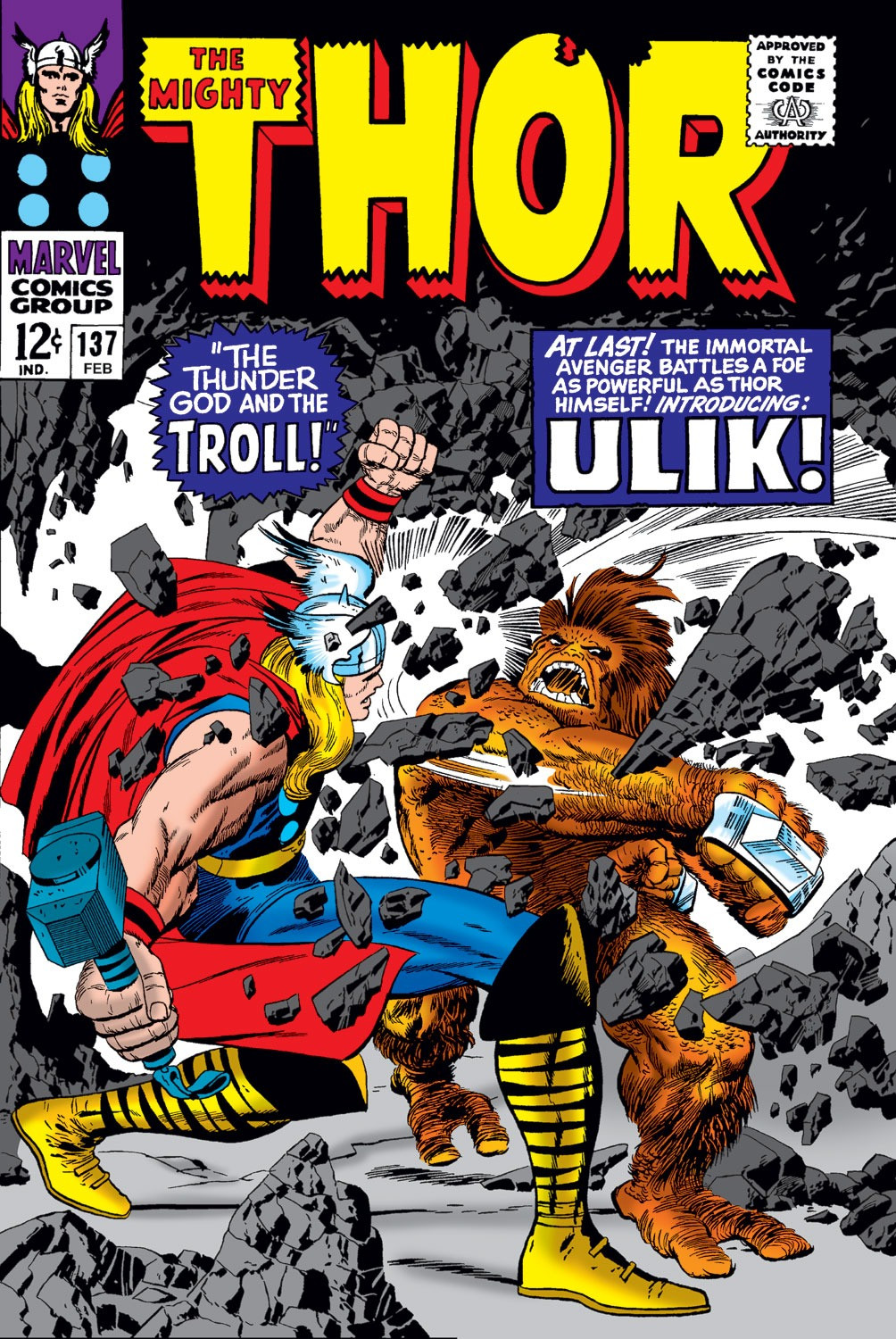 Appearing in "The Thunder God and the Troll!"Edit

Synopsis for "The Thunder God and the Troll!"Edit

Synopsis for "Tales of Asgard: The Tragedy of Hogun!"Edit

Returning to Asgard, Thor and the Warriors Three happen upon Saguta, a member of Hogun's people who has been tied to posts out in a field. Cutting him down, they learn from the near hysterical Saguta that Hogun's village was attacked and razed by Mogul, a powerful sorcerer from Mystic Mountain, before he dies from his wounds.

When Hogun vows revenge on Mogul, the killer himself appears before the four warriors in a burst of smoke. Thor attempts to get in the way of Hogun to take on his friends challenge to the one that laid waste to his people. However, Hogun calls of Thor wanting to battle Mogul himself. Neither gets the chance when Mogul is pulled from the scene by his Jinni, telling them all that he answer to no challenge and that any attempts to track him to Mystic Mountain will end in failure.

With Mogul gone, Hogun vows to get revenge on him, Fandral, Volstagg and Thor all agree to help Hogun achieve that.

Retrieved from "https://heykidscomics.fandom.com/wiki/Thor_Vol_1_137?oldid=1718745"
Community content is available under CC-BY-SA unless otherwise noted.