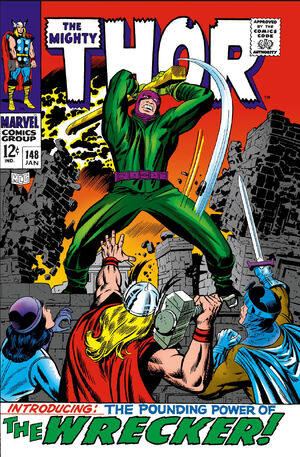 Appearing in "Let There Be...Chaos!"Edit

Synopsis for "Let There Be...Chaos!"Edit

As Black Bolt flies over the Great Refuge of Attilan, to the cheering of the people, one of them turns the Historikon back to show the birth of Black Bolt

The chief geneticist Agon and his wife Rynda arrive to see the affect of the genetic altering Mist of their infant son. They discover that he can control electrons, levitate objects and himself, produce a protective shield, and a force blast. But then, growing tired the test, the infant begins to cry. The sound releases a force which destroys not only the la, but much of the city. Black Bolt only survives because he instinctively protected himself with a force field bubble. As Agon cuddles the child, he admits to fear for what future destruction his son's great powers could cause.