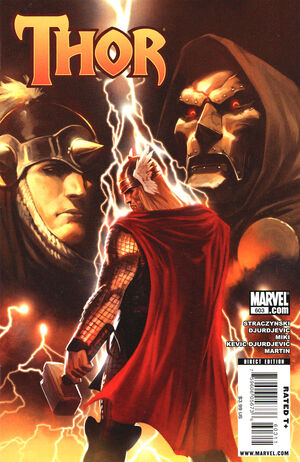 The people of Asgard are fractured, as Loki’s scheming plans start to bear poisonous fruit. In Latveria, Balder and his loyal followers have a home at the tender mercies of Victor Von Doom. Out in the wide open world, Thor and his followers in exile roam without a country. As Loki puts the final calculated moves in play…will the spirit of Asgard itself be destroyed? Don't miss the critically acclaimed, fan-favorite, multiple-Eisner-nominated THOR!

Retrieved from "https://heykidscomics.fandom.com/wiki/Thor_Vol_1_603?oldid=1642335"
Community content is available under CC-BY-SA unless otherwise noted.