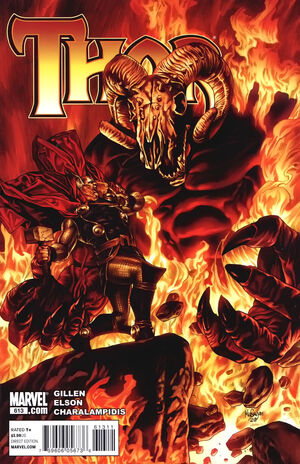 It's the poisonous fruit of Loki's trickery during the Siege, as the God of Thunder battles demons and monsters to cross from one side of the desolate dimension to the other! At stake...his life and the fate of all Asgardians!

Retrieved from "https://heykidscomics.fandom.com/wiki/Thor_Vol_1_613?oldid=1650588"
Community content is available under CC-BY-SA unless otherwise noted.