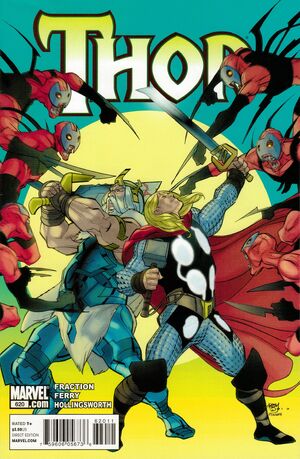 The World Eaters are marauding across Earth on an unstoppable rampage towards Asgard. The only thing that stands between them and our utter annihilation is Odin... and the Asgardian Blood Legion... and with them comes colossal combat the likes of which the world has never seen.

Retrieved from "https://heykidscomics.fandom.com/wiki/Thor_Vol_1_620?oldid=1650595"
Community content is available under CC-BY-SA unless otherwise noted.